1. It is most unfortunate that volunteers for charities will have to contemplate being robbed abroad, and now having acid thrown on them. The two 18 year old kids that were out volunteering in Zanzibar had acid thrown on them on Eid of all days in the region. The assailants were reported to have poured the acid from mopeds and fled the scene immediately. See here for more and the picture of the injury sustained: http://metro.co.uk/2013/08/09/five-men-questioned-over-zanzibar-acid-attack-as-teens-return-to-uk-3917852/

2. Famous for his anti-religious views Richard Dawkins has found himself in another keyboard war when he pointed out that the entire Muslim community has less Nobel Prizes than Trinity College, Cambridge but were very progressive in the Middle Ages. While a fact cannot be racist and Islam is not a race a lot of people have branded this bigotry especially as he has chosen to Tweet this on Eid of all days. See here for more: http://metro.co.uk/2013/08/09/athiest-richard-dawkins-in-hot-water-over-islam-dig-on-twitter-3917965/

3. There are simply no words to describe how cool I think this is! Call me geek or nerd but I will be queining is stores all night if I have to just for a pair. It is still in it’s infant stage but reviewers are raving about its capabilities already. See here for more: http://techcrunch.com/2013/08/09/meta-the-ar-glasses-that-aim-to-be-what-google-glass-is-not-go-up-for-pre-order/

4. Probably another person trying to make a claim to fame by riding the coattail of a celebrity but I guess one gossip story wouldn’t hurt for the day. See here for more: http://www.tmz.com/2013/08/09/kourtney-kardashian-paternity-lawsuit-michael-girgenti-mason-scott-disick/?adid=hero4 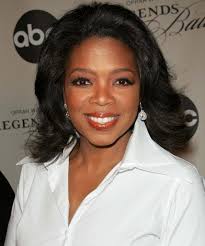 5. Oprah Winfrey has said she recently became a victim of racism when a shop assistant in Switzerland refused to show her a £24,477 handbag saying it would be “too expensive” for her. Taking cross cultural awareness into account it is not easy to ascertain if this shop assistant was being racist or elitist, but what’s really the big deal in letting a shopper look at an item even if they can’t afford it? See here for more: http://news.sky.com/story/1126475/oprah-winfrey-victim-of-racism-in-swiss-shop