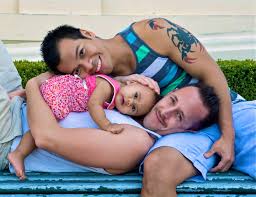 For an opinionated and overly honest asshole like myself it is rare to find an issue I cannot confidently take a side on but I have to say gay adoption got me sitting on the fence. I am hoping to use this post to present my thoughts on the issue and maybe one of you kind reader will be able to sway my vote. I have read a lot of opinions on this matter including comment section battles to rival the second world war online. I guess everything surrounding gay rights touches people at the base of their convictions. So what do you think of gay adoption? (interesting how even in homosexual terminology the male still represents both types, like how man represents male and female in literature).

The main argument against gay adoption lies in the potential impact on the child. The keyword here of course is ‘potential’. This means we don’t yet know for sure how the child will be affected. A lot of people have highlighted that other kids might make fun of the child in school, but what child is truly free from the terror of name calling? And do kids actually have the concept of same sex marriages in primary school. I didn’t even know about straight sexuality till my brother went to secondary school and came back to give me a science lesson to which I replied ‘That can’t be true, mummy would never let daddy do that to her’. Another argument is that you cannot force a child to accept an idea that isn’t yet accepted by the masses. People that argue from this point of view say it is best to let a child grow up to make up his or her own opinion on same sex relations. To this I say grow some balls and make a decision. Interracial marriages were only legalized fully in 1967 by USA. Are you saying prior to that it would have been wrong for interracial couples to adopt because it wasn’t yet accepted by the masses?

I have a lesbian friend with a happy partner and a baby she had in her straight days (guess that makes her bi), the kid seems happy and apparently there hasn’t been any case of bullying in school. Everyone has come across an irresponsible straight parent but we don’t seem to have a list of requirements for parenthood in straight relationships. And are we so paranoid about the gay lifestyle that we would rather have kids in orphanage homes or hopping from one foster parent to the other instead of providing a stable home with a gay family?

See what I did here?

P.S In Nigeria homosexuality can land you in prison for 14 years, I would write about this later.